Climate Change and the COP26 Conference

by: adminPodcast Episodes UncategorizedLeave a Comment on Climate Change and the COP26 Conference

In today’s podcast, we are going to go over some very useful vocabulary related to the topic of climate change.

This is a timely topic, since the 2021 United Nations Climate Change Conference, also known as COP26, recently finished. The climate conference was held in Glasgow, Scotland in the United Kingdom. What were the goals of the conference and what was accomplished? Well, you’ll hear about that a little later, but first, but first, listen up! Here is our key vocabulary. Pay close attention to the meanings and the pronunciation. 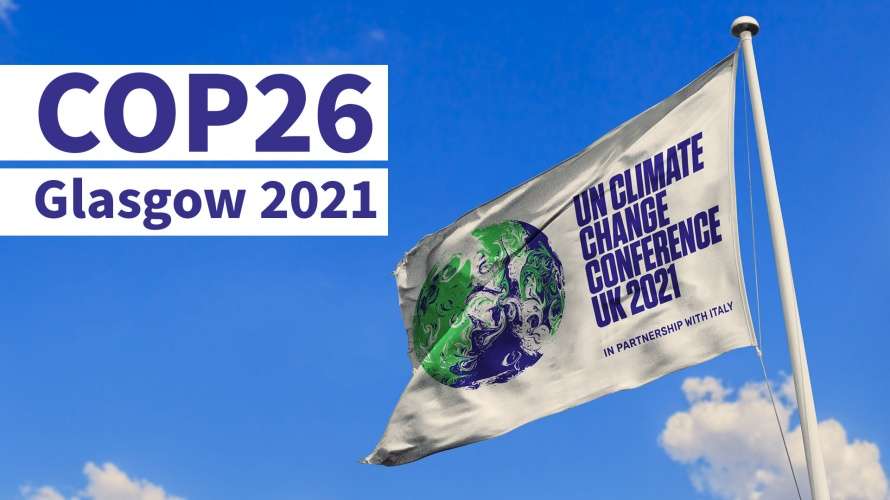 Collective action: This is when a number of people work together to achieve some common objective.

Flood:  An overflowing of a large amount of water, especially over what is usually dry land. Too much water? A flood. Floods can cause a tremendous amount of destruction.

Drought: A long dry period with an unusually small amount of rain. Too little water? A drought. Droughts can have a terrible impact on agriculture.

Fossil fuel: These fuels are found in the Earth and can be burned for energy. Coal, oil, and natural gas are examples of fossil fuels. Coal, by the way, is that black rock.

Emissions: the production and release of gas. Emissions are produced by burning fossil fuels and industrial agriculture, among many other causes.

Greenhouse Gas: A greenhouse gas is a chemical compound found in the Earth’s atmosphere. Two examples are carbon dioxide and methane.

Pledge: A commitment to do something. A promise.

Phase-out: an act of discontinuing a process, project, or service in phases.